Mindset is a simple idea discovered by world-renowned Stanford University psychologist Carol Dweck in decades of research on achievement and success—a simple idea that makes all the difference.

In a growth mindset, people believe that their most basic abilities can be developed through dedication and hard work—brains and talent are just the starting point. This view creates a love of learning and a resilience that is essential for great accomplishment. Virtually all great people have had these qualities.

This post from Maria Popova sent me down the rabbit hole on her website, and I collected this assortment of quotes that remind me of the importance of practice, with some connections to my pondering on the Cult of Productivity. Enjoy!

Inspiration is for amateurs — the rest of us just show up and get to work. ~ Chuck Close

A self-respecting artist must not fold his hands on the pretext that he is not in the mood. ~ Tchaikovsky

A writer who waits for ideal conditions under which to work will die without putting a word on paper. ~ E.B. White

We tend to overestimate what we can do in a short period, and underestimate what we can do over a long period, provided we work slowly and consistently. Anthony Trollope, the nineteenth-century writer who managed to be a prolific novelist while also revolutionizing the British postal system, observed, “A small daily task, if it be really daily, will beat the labours of a spasmodic Hercules.” Over the long run, the unglamorous habit of frequency fosters both productivity and creativity. ~ Gretchen Rubin

Creativity arises from a constant churn of ideas, and one of the easiest ways to encourage that fertile froth is to keep your mind engaged with your project. When you work regularly, inspiration strikes regularly. ~ Gretchen Rubin

I have a long list of “Secrets of Adulthood,” the lessons I’ve learned as I’ve grown up, such as: “It’s the task that’s never started that’s more tiresome,” “The days are long, but the years are short,” and “Always leave plenty of room in the suitcase.” One of my most helpful Secrets is, “What I do every day matters more than what I do once in a while.” ~ Gretchen Rubin

Everybody who does creative work has figured out how to deal with their own demons to get their work done. There is no evidence that setting up your easel like Van Gogh makes you paint better. Tactics are idiosyncratic. But strategies are universal, and there are a lot of talented folks who are not succeeding the way they want to because their strategies are broken. The strategy is simple, I think. The strategy is to have a practice, and what it means to have a practice is to regularly and reliably do the work in a habitual way. ~ Seth Godin

You can't TRY to do things, you must simple DO them. ~ Ray Bradbury 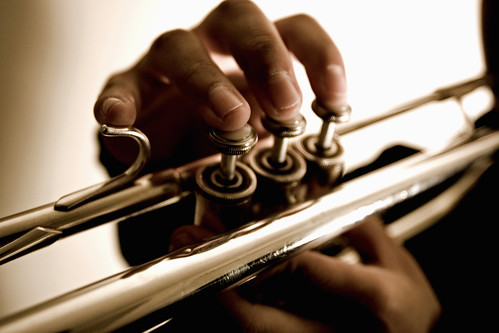